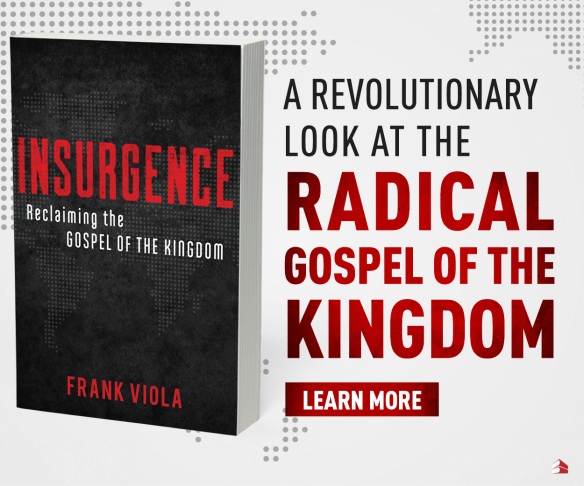 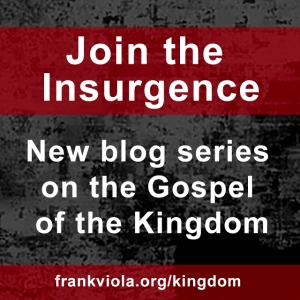 In our suffering, we want an explanation. But Jesus wants to give us a revelation … of Himself.

Every crisis in our lives is an opportunity to broaden, deepen, and heighten our revelation of Christ.

In Bethany, we discover a God who is willing to wait until it’s too late.

Jesus showed up four days after Lazarus died. When the Lord received the message from Mary and Martha, He did not act. He deliberately stalled, waiting two days in Perea before heading off to Bethany. Perea was where John the Baptist originally preached and baptized. It sat a little over twenty miles away from Bethany, a one-day journey.

Take note. Jesus rarely responds on a human level and in a way that fits human expectations. But He always acts according to His Father’s clock.

While Jesus’ delay appears cold and callous at first blush, it was simply a response to the Father’s direction rather than a response to the human pressure to meet an external need. All who put their hands to the plow of God’s work would be wise to remember this principle.

Jesus’ deliberate delay did not suggest that He didn’t love the Bethany family. John is careful to repeat how much Christ loved Martha, Mary, and Lazarus.16

Indeed, Jesus ultimately met the need. He just did it in a way that no one expected, which is a common characteristic of our Lord.

Two thousand years ago, Jesus Christ met face-to-face with people just like you. Broken, imperfect, sometimes fearful and without hope. The Day I Met Jesus is a beautifully crafted narrative that chronicles the remarkable encounters of five women in the Gospels who were desperate to find wholeness, security, and purpose. Like all of us, these women struggled with the regrets of their pasts, the stresses of their presents, and the worries of their tomorrows.

Join Mary DeMuth and Frank Viola on a fascinating journey back in time as they retell the dramatic accounts of five women who met Jesus. Each narrative is told from each woman’s unique perspective, yet tightly grounded in the Gospel accounts and faithful to first-century history. Elegantly written and profoundly stirring, this book blends creative narrative with uncommon insight, spiritual depth, and practical application.

If you are someone who seeks a renewal of hope, faith, and love, The Day I Met Jesus will make your Bible come to life and usher you into a fresh encounter with your Lord.

Perhaps the most practical letter in all the New Testament is the letter of James. In it, James gives God’s people this somber exhortation:

“But be doers of the word, and not hearers only, deceiving yourselves.” James 1:22, NKJV.

My passion is to see the simplicity, the beauty, and the freedom of the church of Jesus Christ expressed again throughout this land. If my mail is any indicator, God’s people are hungering for this all over the world.

It’s precisely for this reason that thousands of Christians are leaving the traditional church. The governing motive? Whether they realize it or not, they are seeking the church after God’s own heart.

My intention in this book has been to demonstrate that Body life, as the early Christians knew it, is not some pious ideal. It can be known and experienced today. The last twenty years of my life is living proof of this.

If you are gathering with a non-traditional church, I believe the lessons contained in this volume will help move your church further in the journey toward becoming the church after God’s own heart. But that will happen only if your church is willing to apply those lessons.

It’s unfortunate that so many contemporary Christians will put little to no weight into something preached or written unless it is prefaced with the words, “God showed me . . .” or “God told me . . . “ or “the Lord revealed to me . . . “

There are a number of places in this book where I could have prefaced my statements with one of those phrases. But I refuse to pick up that tool.

If you are in touch with your spiritual instincts and you have an open heart to “hear what the Spirit is saying to the churches,” you will recognize if God is speaking or not. One doesn’t need to have it highlighted with a “God-told-me” banner.

An observation I made about my initial years of living in Body life has to do with understanding the New Testament. Before I left the traditional church, I was fairly adept at “proof-texting.” That is, taking isolated verses from various books of the New Testament and pasting them together to understand God’s thought on a particular subject. (This is by far and away the most popular form of Bible study in Christianity today.)

Living in Body life, however, gave me an entirely new context by which to interpret the New Testament. Perhaps an analogy will help. The late Gregory Bateson used the following story to illustrate what goes on in the mind of a schizophrenic.

A schizophrenic walks up and down the hall of a psychiatric facility. A doctor’s office is positioned down the hall. The door to the office is closed and a sign appears on the door which says, “Please knock.”

Finally, the doctor opens the door and says, “What do you want?” The schizophrenic replies, “Nothing, the sign told me to knock.”

What happened? According to Bateson, the schizophrenic has lost the context that gives language meaning. A person who doesn’t suffer from schizophrenia understands the implicit context to correctly interpret the sign on the door. The sign simply means that if one wishes to enter into the office, they should first knock and wait for a response. The schizophrenic, however, has lost this context. So he misinterprets the sign.

Point: The meaning of any statement depends on the context in which that statement operates.

Consequently, the many verses that we Christians like to quote don’t belong to us as individuals. They were addressed to churches. They have very little individual application to you or me. They instead find application in Christian community.

Therefore, when one lives in that same context (organic Body life), many of the statements in the New Testament take on new meaning. The New Testament becomes a brand new book, and most all of what it says applies like never before. The reason: The context is now understood in a fresh way.

Let’s now move on to what I believe to be the most important issue in the journey to find the church after God’s own heart.

Several years ago, Michael Hyatt (former CEO of Thomas Nelson) responded to a rumor on his blog. In the post, Michael wrote,

“According to the most recent rumor—which I’ve now heard twice—we [Thomas Nelson] are planning a layoff for June 19th … We are scheduled to close the transaction on June 12th, so, supposedly, this will happen the week following. I want to assure you that this is indeed a baseless rumor. There is absolutely no truth to it … If you hear this rumor, I would be grateful if you would help me short-circuit it. You can tell ’em it’s not true, and you heard it directly from me.”

I recall when this rumor was circulating and was saddened (and surprised) at how many Christians believed it without going straight to Michael to see if it was true or false.

Another example that’s much more national.

Late last year, I came across a website alleging a sex scandal involving President Obama. The “story” first came out in 2008 just before the primary. It was shown to be baseless and quickly faded away. Then it resurfaced again in 2010. (The original story was removed by the source after staying online for 4 years.)

Click here to read the rest of the article